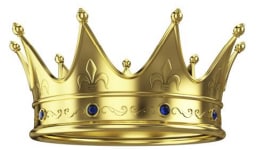 A Pleasant Drive With The Queen Of England

In 2003, the recently deceased King Abdullah of Saudi Arabia paid a visit to the UK. During the trip, he met with Queen Elizabeth II at Balmoral, the royal family’s castle and estate in Scotland. The queen asked then-Crown Prince Abdullah if he would enjoy a tour of the estate. The prince wasn’t initially keen on a tour, but he decided it would be polite to accept as a guest of the queen. He agreed.

When their transportation arrived—two regal Land Rovers—the prince stepped into the front passenger seat. It allowed him an exquisite view of the estate and the surrounding countryside. What happened next, he was not fully prepared for. The queen opened the driver’s-side door and climbed in. She swiftly turned the ignition, threw it into gear and hit the accelerator.

Keep in mind, women in Saudi Arabia are prohibited from driving.

Also keep in mind, the queen is a very experienced driver.

While giving the prince the royal tour, she did not hold back. It was pedal to the metal. As she blasted down the narrow country roads, she remained attentive to her guest and kept the conversation lively. It was an attentiveness the prince felt was misdirected. He pled with the queen to focus on the road. She did not.

Following Abdullah’s death in January, Queen Elizabeth takes the throne as the world’s oldest reigning monarch at a spry 88. Abdullah was 90.