Among the first things people notice about you is the way you dress and the way you groom yourself.Many highly creative people effect a casual indifference toward their personal appearance, but in reality, they are making a purposeful statement. They are saying, in effect, “I’m so good at what I do that I don’t have to dress for success.”

Henry David Thoreau was such a person. “Beware of all enterprises that require new clothes,” he wrote.
If you plan to spend your life in the seclusion of a place like Walden Pond, follow Thoreau’s advice. If you want to make it on Wall Street or Main Street, pay careful attention to the clothes you wear and the visual impact you have on others.

When dressing for the business world, follow the standard advice: Dress for inclusion. Look at what the people one or two steps up the corporate ladder from you are wearing and be guided by their tastes.

That’s about the closest thing to universal advice that can be given in the realm of dress. Fads and fashions come and go, and what’s in today may be passé tomorrow. And the fabric of American culture is quite varied. String ties and cowboy boots for men may be perfectly acceptable business attire in Fort Worth, but they would mark you as eccentric in Boston. Three-piece pinstripes may be the uniform of the day on Wall Street, but may be considered a bit stuffy on Hollywood Boulevard. And if that’s true of America, it’s even more true of other parts of the world. Wherever you are — in London or Sydney, in Singapore or Luxembourg — follow the fashion lead of the successful people in your business.

The perennial choice for the businessman in the industrialized nations is the gray or blue suit, with lighter shades in warm weather, darker ones in cool weather. Muted pinstripes seem never to go out of style. Brown suits are generally regarded as less authoritative than blue or gray ones.

Women have greater latitude for individuality in fashions, but the general rule still applies. In most businesses, it’s best to avoid extremes. Seductive or coquettish outfits may draw admiring stares, but they won’t enhance your reputation as a businesswoman.

Solid colors in women’s clothing convey a message of seriousness and character. Plaids and prints are more whimsical. In the business office, successful women may be seen wearing suits, dresses, coordinates and skirts with blazers. Different colors flatter different women. Find your best colors and stick with them.

Shoes should always be shined and in good repair. Adlai Stevenson, the American statesman, may be remembered for the famous photograph showing the hole in the sole of his shoe. But he is also remembered as the loser of two presidential elections.

For men, beards are a matter of taste. Make up your mind whether you want one. Don’t go around looking as if you’ve forgotten to shave for the past couple of days. It may work for a Hollywood actor or the leader of a stateless people, but not for a sales and marketing professional. If you choose to wear a beard, keep it neatly trimmed.

Both men and women should avoid extremes of hairstyle. Again, use the look cultivated by the most successful people in your field as a guide, and adapt it to your own physical features. 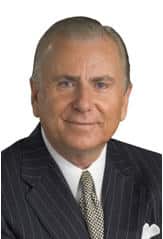 Dr. Nido Qubein is president of High Point University, an undergraduate and graduate institution with 4,300 students from 40 countries. He has authored two dozen books and audio programs distributed worldwide. As a business leader, he is chairman of the Great Harvest Bread Company, with 220 stores in 43 states. He serves on the boards of several national organizations, including BB&T (a Fortune 500 company with $185 billion in assets), the La-Z-Boy Corporation (one of the largest and most recognized furniture brands worldwide) and Dots Stores (a chain of fashion boutiques with more than 400 locations across the country). As a professional speaker, Dr. Qubein has received many distinctions, including the Golden Gavel Medal, induction into the International Speaker Hall of Fame and as the founder of the NSA Foundation in Arizona.