A Short History of Microsoft Excel

If you’ve worked in an office or have been in school at any point in the last three decades, chances are you’re quite familiar with Microsoft Excel, but if you’ve been around a longer, you likely know that it wasn’t nearly as popular as its competitors at first.

Excel was actually the second spreadsheet program Microsoft released, the first being Multiplan for CP/M OS machines. Unfortunately, it’s direct competitor, Lotus 1-2-3, was what is referred to as a “killer app.”

Merriam Webster defines “Killer App” as “a computer application of such great value or popularity that it assures the success of the technology with which it is associated.” It was because of Lotus 1-2-3’s popularity, among other things, that the IBM PC and its descendants became the most popular computers of the 1980s. It’s not a surprise, then, to find out that IBM purchased Lotus Development in the 90s.

In September of 1985, Microsoft Released Excel 1.0 for...the Apple Macintosh? It wouldn’t be until 1987 that Excel 2.0 would be brought to MS-DOS. (In fact, Windows 2.0 was literally bundled with Excel, and the program likely took up all your office computer’s memory!) For the next few years, both Excel and Lotus 1-2-3 would duel it out. 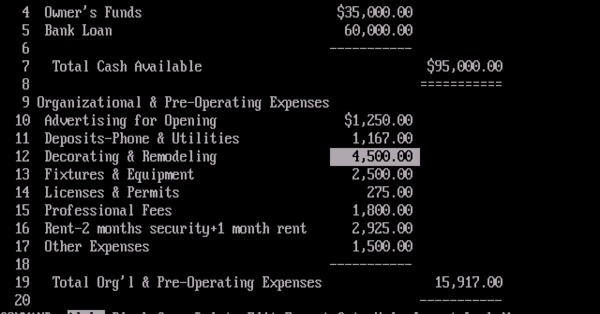 In November of 1990, The Microsoft Office was released. Included in this first edition of the suite were Word 1.1, Excel 2.0, and PowerPoint 2.0. According to the October 1, 1990 edition of magazine Info World, “All three applications provide support for Dynamic Data Exchange (DDE), which lets programs use Windows services to exchange information among programs in real time.” This means that all three programs could interface with each other, bringing to life a digital office.

When shopping around for computers, one often finds themself asking if the hardware will allow them to plan for the future, or if it is already on its way to the junk pile. In 1992, Microsoft released Windows 3.1, an operating system which expanded graphical usability and a revolutionary file system interface, Program Manager.

It’s no surprise, then, to find out it easily became the dominant operating system on IBM PCs after release. Offices led the way, often buying Windows because it was compatible, or would be compatible, with software they used. Of course, Windows computers were compatible with Microsoft Office, but it was also available for Mac OS. However, the early 90s were not too kind to Apple's business image. 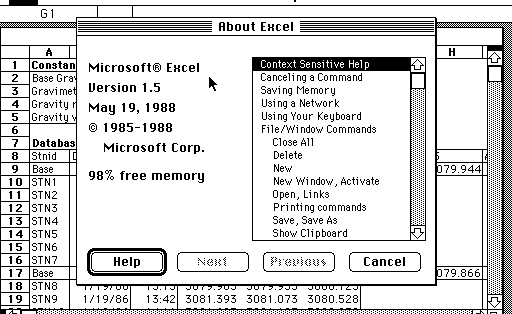 Excel would be updated four more times by the time Windows 95 and Excel 95 would be released. By this point, the number of features it had far outpaced that of Lotus 1-2-3, which was having a hard time adapting to Windows.

By this point, IBM was trying to market a Windows-based software suite of their own called the Lotus SmartSuite. Additionally, IBM had been marketing Lotus 1-2-3 for use with their own operating system, OS/2. Because of this, Microsoft wouldn’t even agree to let IBM’s manufacturing division pre-install Windows 95 on their retail machines until the days leading up to release.

IBM’s Lotus SmartSuite didn’t last a decade, despite including one of the first real killer apps on it. Microsoft Office is still going strong -- with the main three programs joined by Outlook, Publisher, Access, and Skype for Business. 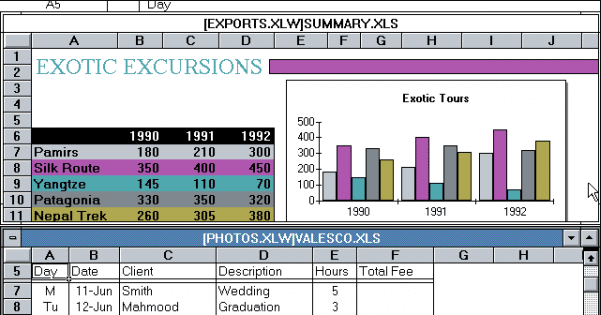